The origin of agriculture dates back to 10,000 years before Christ in the region of Egypt and Mesopotamia. The Egyptians had a great admiration for worms, and they knew that these animals are due, in large part, to the fertility of the Nile Valley. But it was Aristotle, in the history of vermicomposting, who baptized the worms as the intestines of the earth for their mobility within the soil and for the obvious benefits that they represent for soils. 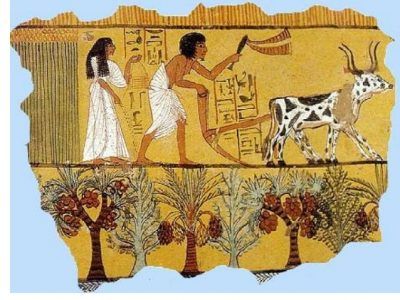 Queen Cleopatra of ancient Egypt conferred the title of “sacred animal” on it, and people who tried to remove them from her kingdom to other territories were punished with the maximum penalty.

But only until 1880, there was no scientific data on this annelid. Charles Darwin despite his studies in technology, was interested in worms from an early age and that is how he wrote the book “ The formation of vegetable mold through the action of worms, with observation on their habits ”in 1881, which translated into Spanish can be summarized as follows: The formation of topsoil by action of worms, in said book Darwin indicates: “the plow is one of the oldest and most useful inventions of man, but long before he existed, the earth was regularly and continuously plowed by worms. Probably man; one day he will recognize the gigantic work that these annelids carry out ”.

The importance of Darwin’s knowledge lies in the deep study of the biology of the earthworm, its habits and habitat, in addition to the research method carried out. All of the above has earned the famous sage to be considered the father of vermiculture.

The earthworm for economic gain is said to have been used for the first time in the United States of America in 1974 when a cousin of President Carter, using a coffin, sowed worms that later brought him juicy profits. More recently, the exploitation of earthworms led to serious investigations in order to achieve an earthworm that could be raised in captivity, that had a long life and a short reproductive period; This is how the Californian red hybrid is obtained at the California Agricultural University, the most recently used in the world for the manufacture of vermicompost .